In the Line of Fire

In the Line of Fire is an explosive tank base-defense game and brings you many hours of pure tank combat action!

You are the commander of a large anti-tank gun which you use to defend your bases against 200 waves of tanks trying to attack you. There are 4 different types of enemy tanks – from small but speedy light tanks over to slow but heavy tanks with huge damage impact.

To support you defending the 4 different bases, the airforce drops from time to time new extras, powerups or weapons. The game contains 200 waves which you need to master to be able to enter the world wide highscores. The first wave starts simple, only a few tanks and slowly raises up to 180 tanks in the last wave. Not an easy job, but we’re sure you can master it! You can save your game progress at any time and resume any time later. In the Line of Fire supports you with 7 fantastic orchestral military style soundtracks and fantastic sound effects.

Commander, now it’s time for you to take over control. Fire at will and rescue the bases! 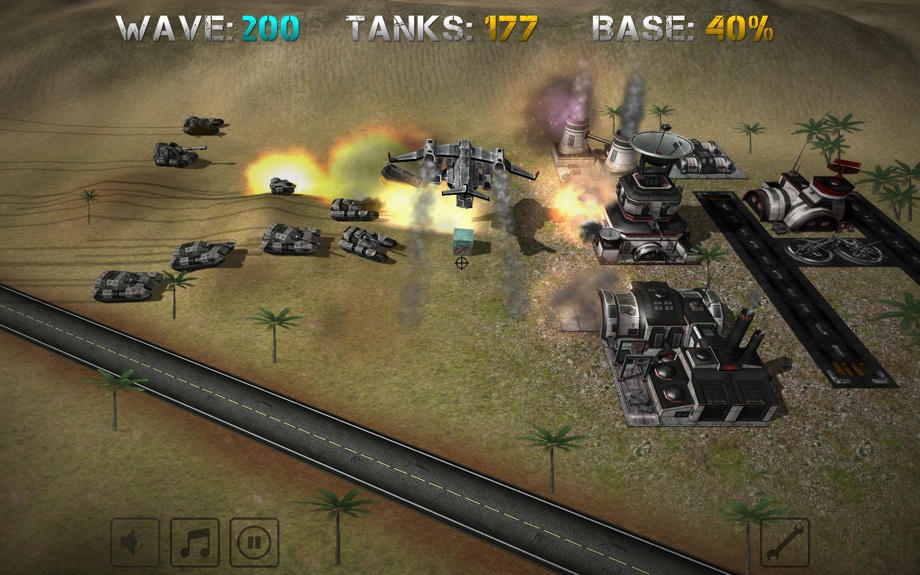