Exactly 2 years ago I wrote a blog post about my experience when I met Palmer Luckey and Nate Mitchell in Amsterdam during Unity’s Unite 2012 where they gave me a short time slot to test out the duct tape version of the Oculus Rift. 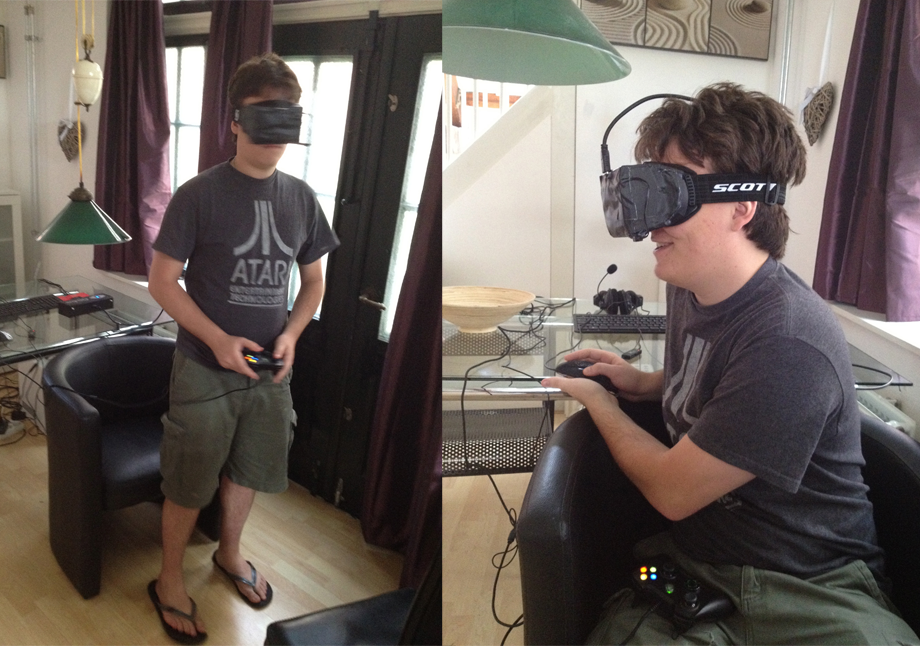 It’s just 2 years and so much happened since then. After some delays we received the first hardware version of the Rift, the DK1. Below a photo with my custom “hardware hack”… rolling eyes! At the time I wrote a little demo called Rift Racer where you sit in a Ferrari 355 convertible and do some test driving. I received so much nice emails regarding the demo – from people that nearly got a heart attack when flying through the air and crashing on the ground to people that simply loved the drifting feeling over people that nearly crapped their pants when the big bus crashed into their car. Fun! 🙂

VR is really like exploring new grounds it feels like – new problems to solve from like UI issues, input, fast enough rendering (yikes! And we thought we have fast PC’s! Hah!), motion sickness and finally, “the right feeling” inside VR – which is not easy to achieve! 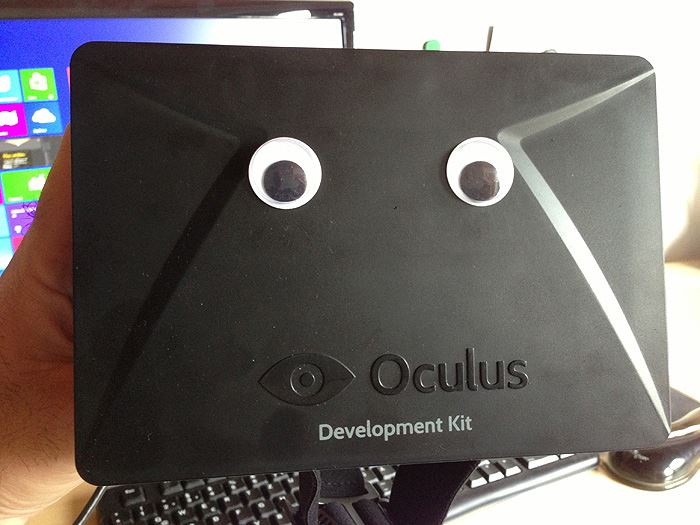 And finally the DK2 kit (Not yet pimped with rolling sticker eyes). We now have good idea what the consumer version CV1 will roughly be like. Higher resolution display, lighter, less chromatic aberration. 2 years and a fantastic start on the visuals for Virtual Reality.

What probably next has to come is to solve the input problem. We’ve seen a variety of different input devices, from Wiimote’s to Razor Hydra’s, but _the_ input device is still missing. Let’s see what Palmer and his allstar team come up with in the future. Remember, it’s been only 2 years from a duct tape Rift version that a boy in his parent’s garage build, sent to John Carmack, built up a big company and sold it after 18 months to Facebook for $2B. Only 2 years! 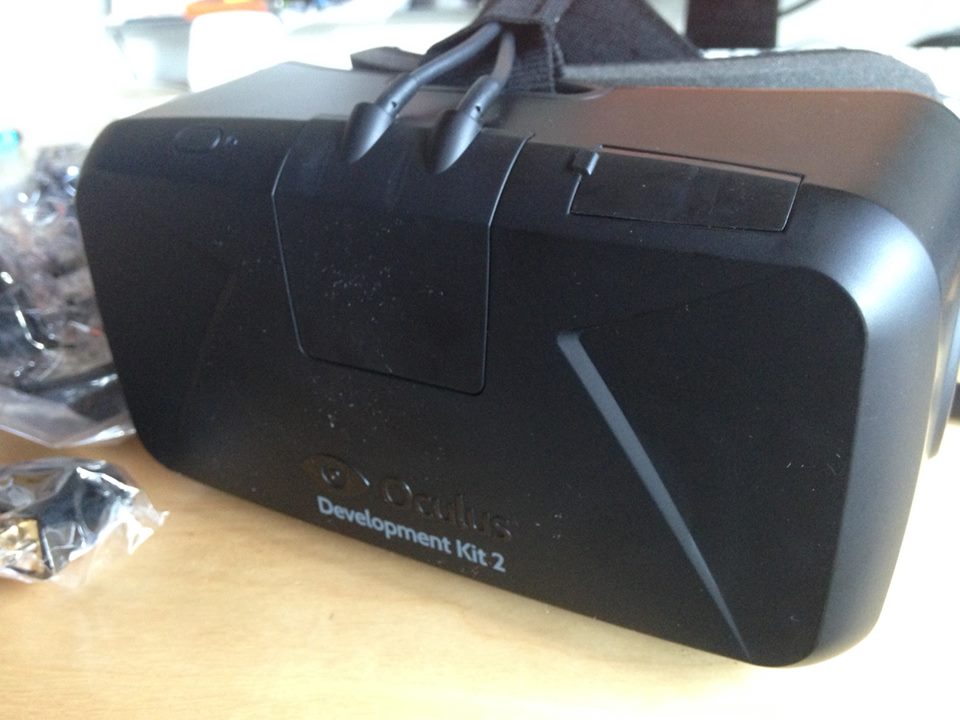 Right now I’m working on a commercial Rift project, a medical Roller Coaster for Mediaspects in Germany. A roller coaster track is created dynamically out of your patients data and you can ride then your own data.

Only 2 years. And I can only roughly guesstimate what the next 2 years will bring in regards to VR. Exciting times ahead!

Rift on, see you on the other side of the pixels, in the Matrix!