New Tank Defense Game – In the Line of Fire

We’re working hard on a new game called “In the Line of Fire”. You control a huge gun and defeat your base against waves of tanks. Randomly incoming air support brings in 10+ bonus weapons and items to support you while defeating the 4 types of tanks in the game attacking your base. The game is coming out for the Mac, the web and for the iOS platform. Have a look at the development screenshots below. Lower left is the game window whereas the top left window show editor content. The game is (of course) using Unity as 3D engine. 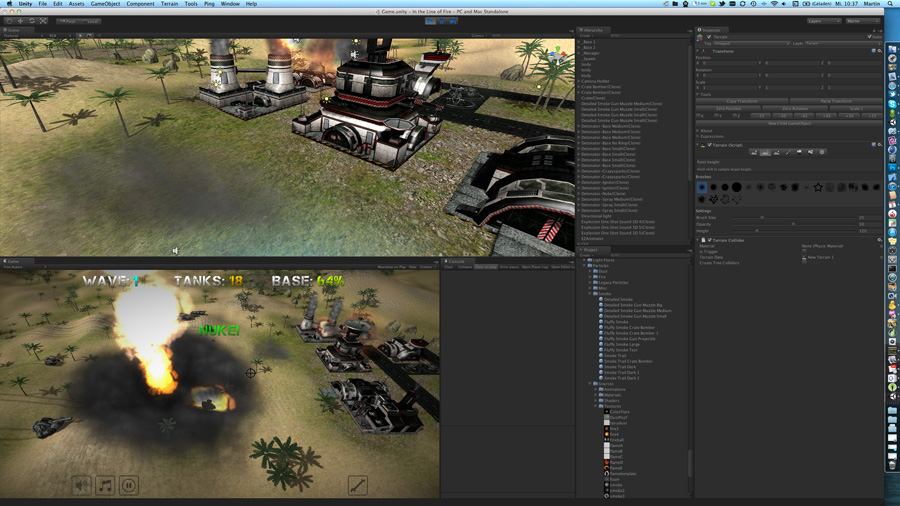 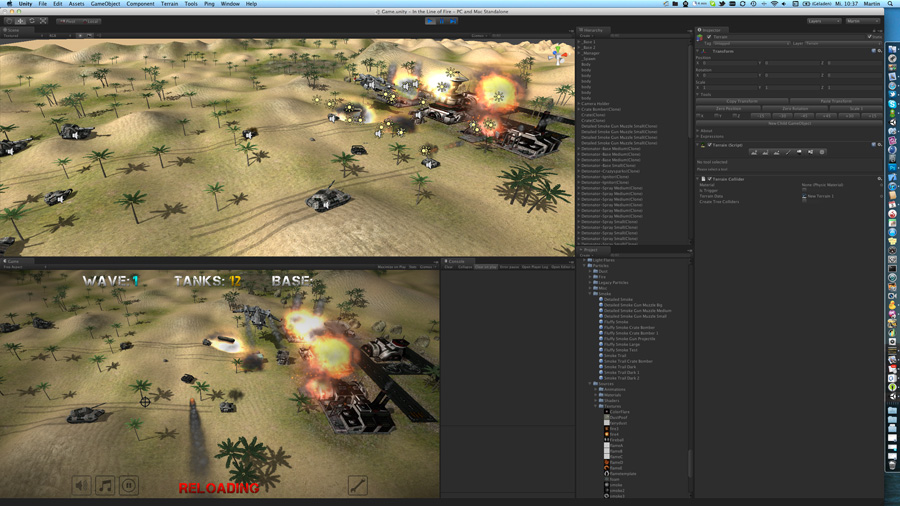